Only the hardiest—or the wealthiest—tourists will wander Sable Island National Park Reserve. This tiny island in the Atlantic Ocean is nearly impossible to get to, but horse-loving visitors can observe wild ponies in a remote island habitat.

The island is inhospitable to say least. Surrounded by shark-infested waters, with no scheduled flights and no accommodation (not even camping is allowed), visiting this island requires a bit of work. Despite these barriers, about 400 determined travelers make the journey to Sable Island each year to see the enigmatic horses. Many arrive with One Ocean Expeditions on voyages that stop at the island several times each summer. These aren’t fancy vessels, but they will get you to the horses. 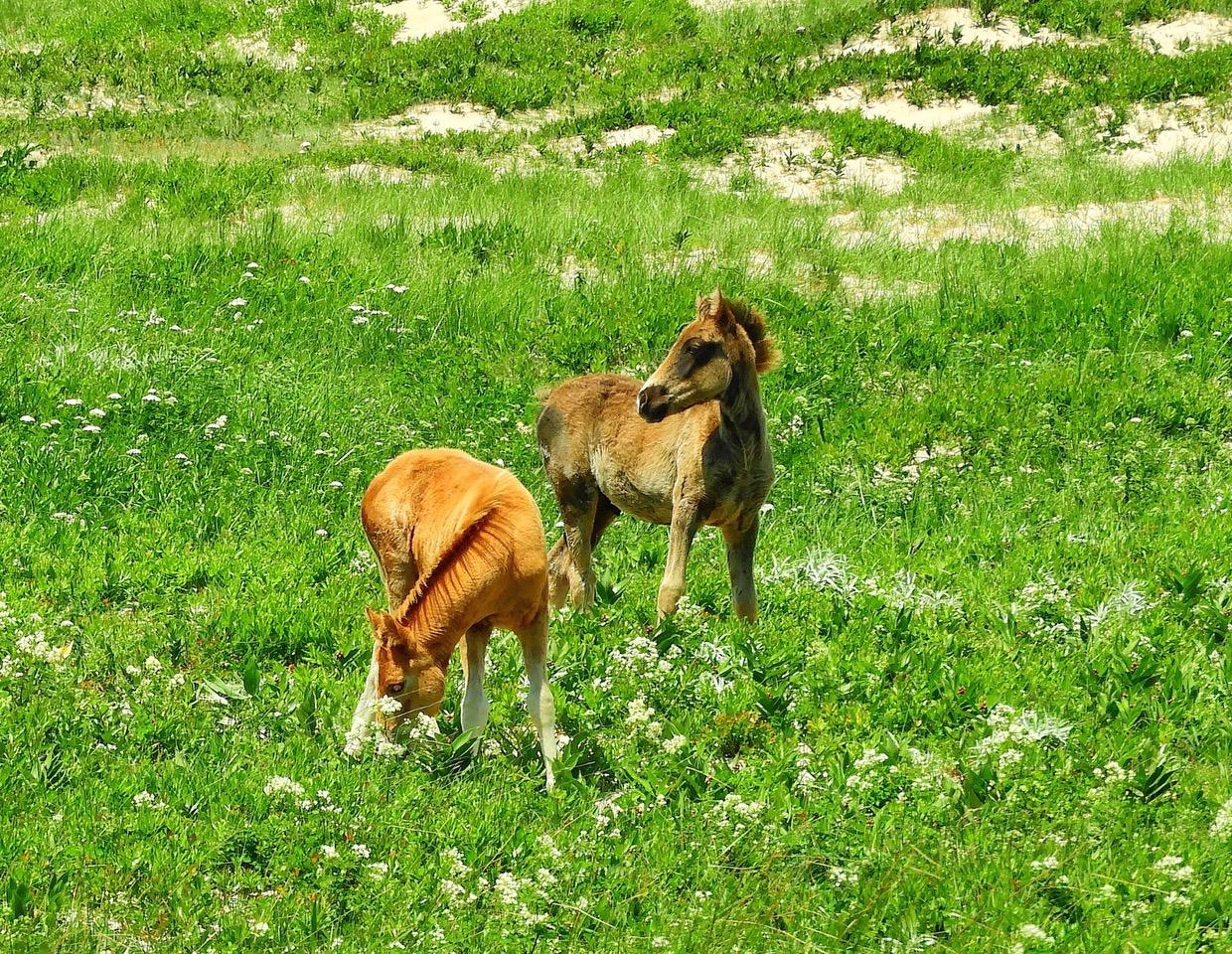 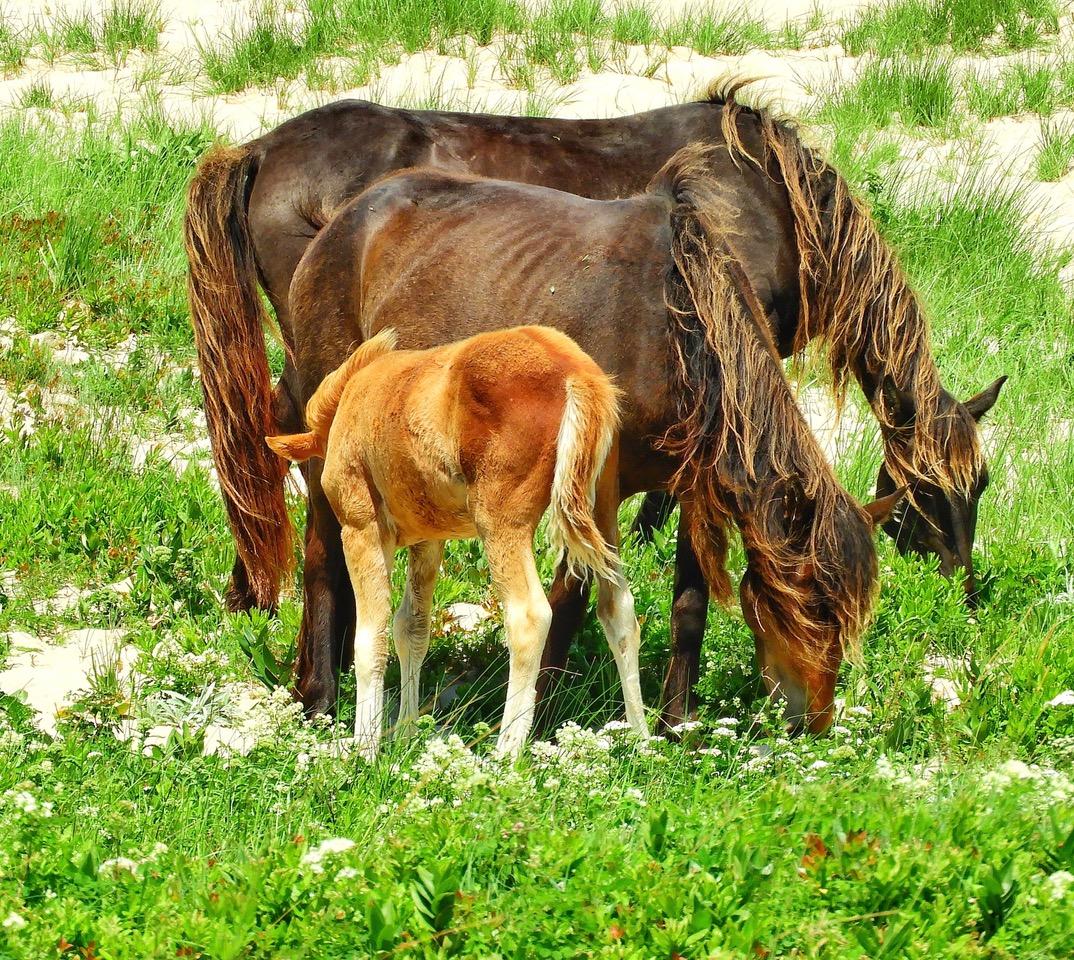 With no docks and shallow waters ringing the island, passengers are ferried from ship to shore in inflatable dinghies. You’ll want to step quickly onto the beach. Despite the enticing emerald-colored ocean and white sand shoreline, over 18 shark species patrol these waters. You’ll be more relaxed on the approach if you focus instead on seals from the world’s largest grey seal breeding colony bobbing nearby.

On the beach, you can strip off your wet-weather gear and hike to the top of Bald Dune. The deep sand makes for slow walking, but reaching the highest point on this narrow 26-mile-long island is the fastest way to see horses. Squint your eyes against the sand blasting your face and you might see shaggy-coated equines marching steadily in their never-ending search for grass.

INSIDER TIPAlexander Graham Bell was one of the earliest tourists, searching for a good friend whose ship crashed offshore.

Approximately 430 horses roam Sable Island; they are a mix of genes from French and New England breeds. Since 1961 when the Canadian Shipping Act forbid interfering with or removing horses, the population has been genetically isolated. Sable Island horses were once thought to descend from horses shipped on one of over 350 vessels shipwrecked on its submerged sandbars. The horses aren’t talking but people now think the first horses were brought here by a Boston merchant and turned feral when farming died out. The small size may have you wonder if you’re looking at ponies, but these are tough horses who survive long winters on little more than grass. 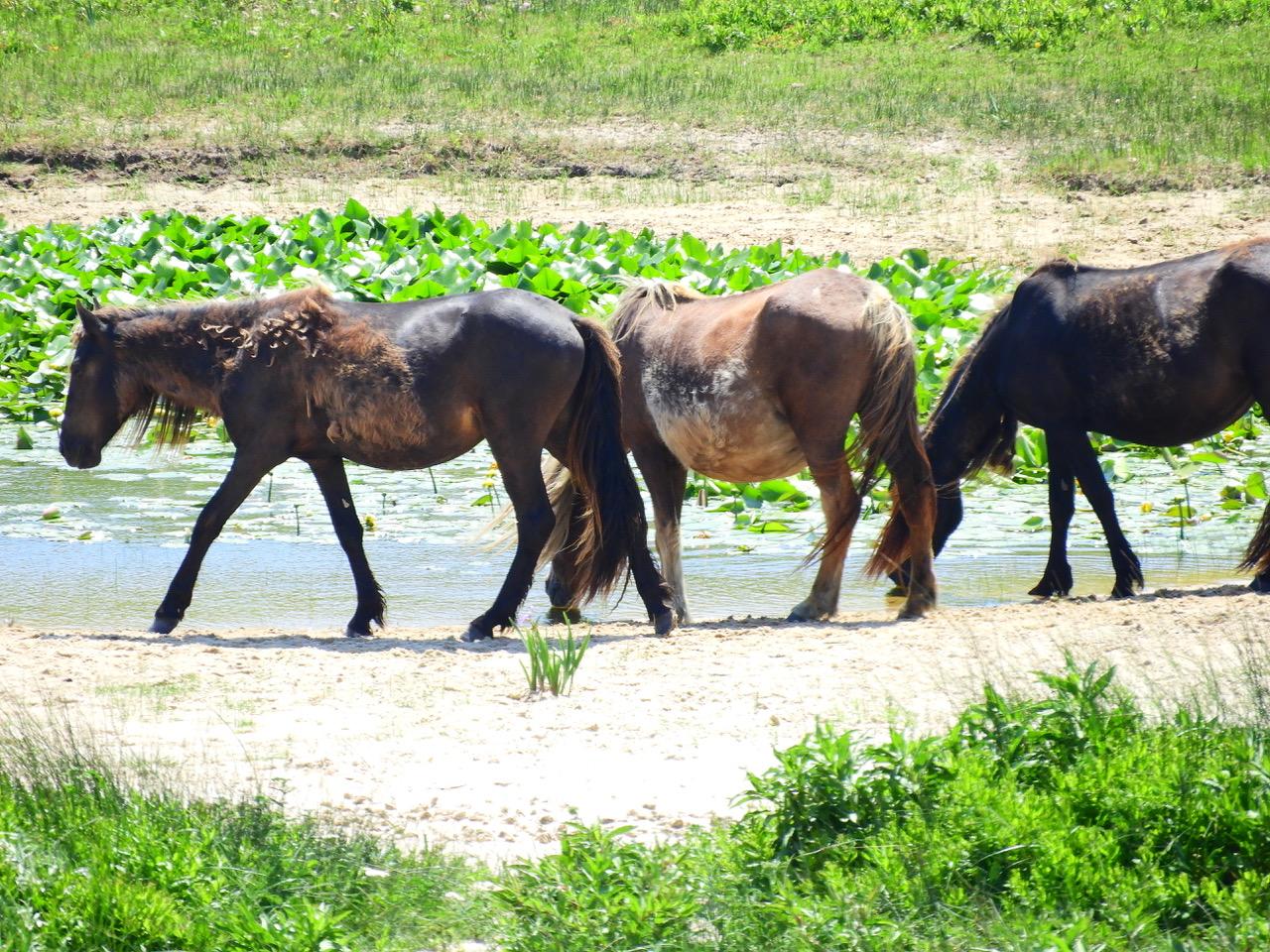 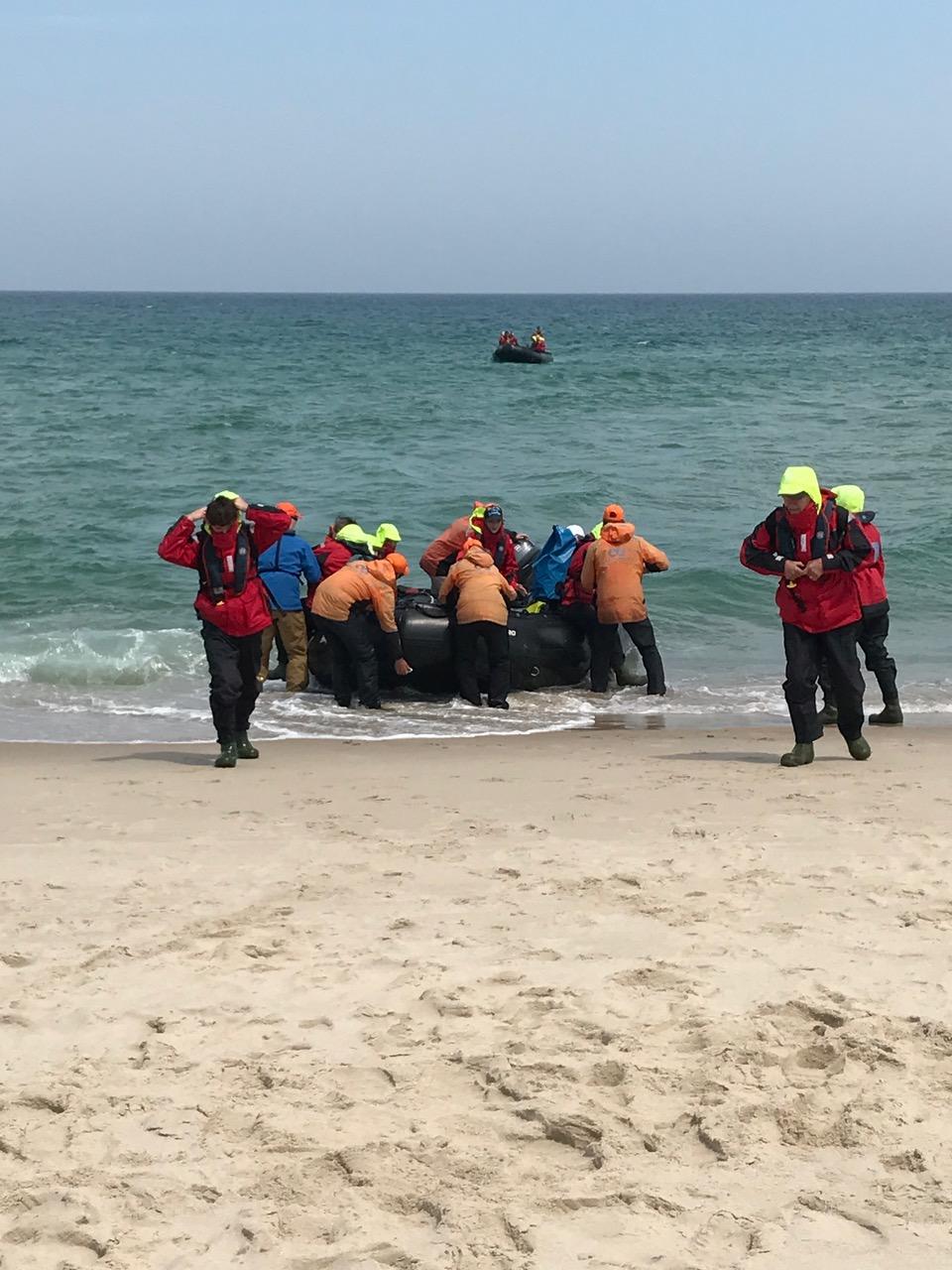 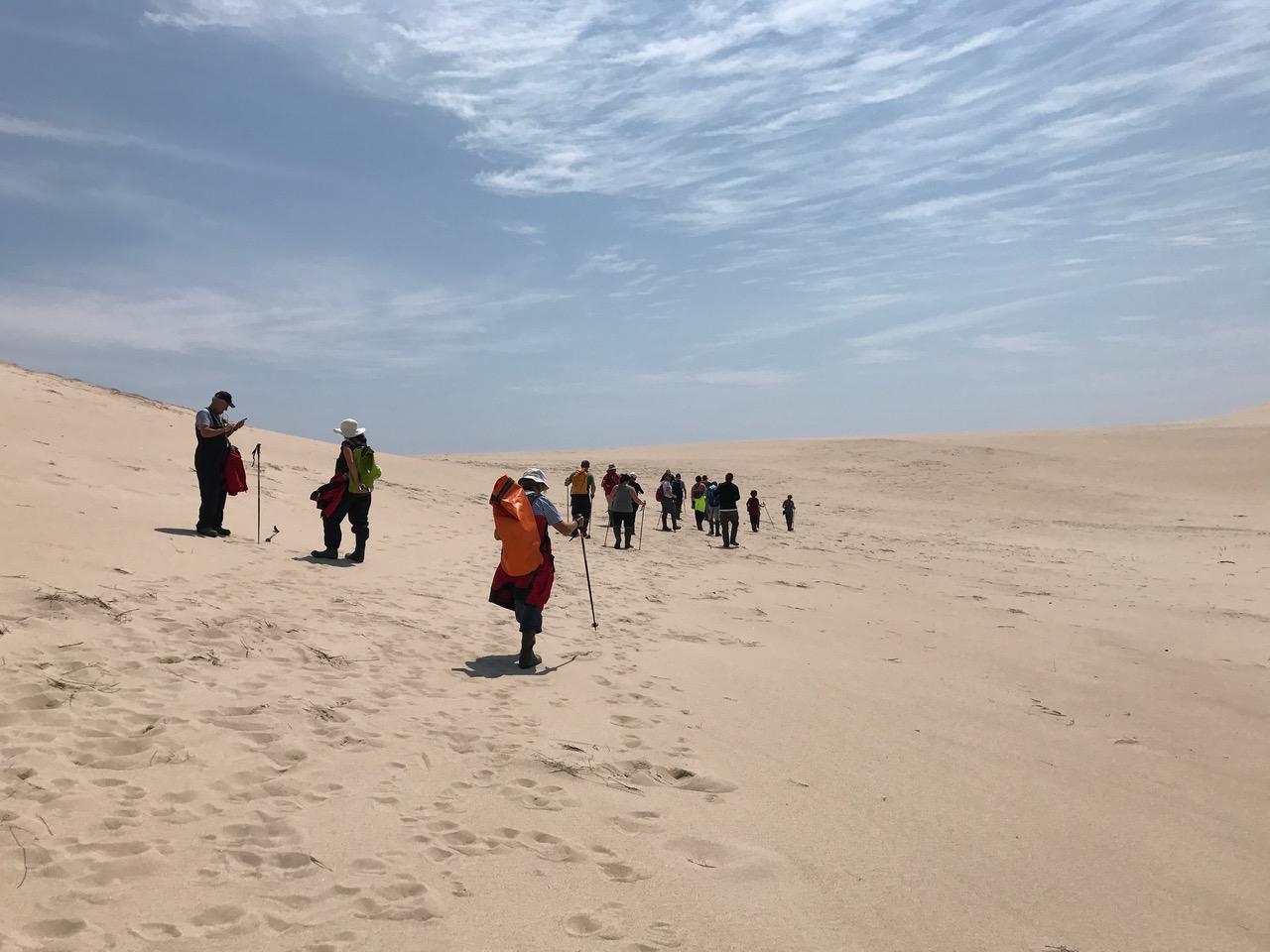 You can’t get closer than 65 feet to the horses. The horses haven’t read the rulebook, so they can come closer to you, but Parks Canada wants you to back up and let the horses have their space. Even at that distance, you will see the wind-whipped manes, angular frames, and regal gazes that make them beautiful.

Like the ever-present wind, time on Sable Island moves quickly. Sitting in the company of these scrappy horses that show no fear of humans or death, you might wonder if you’ve discovered the real mystery of Sable Island.

You need Parks Canada’s permission to land on Sable Island. You can charter a private plane from Halifax, Nova Scotia for a day visit (costing several thousand dollars) or take an expedition cruise like One Ocean Expeditions that stops at Sable Island for a few hours.

You need to bring all the food and water you need for the day with you. The dusty breezes may add a little grit to your sandwich and with only one tree on the island, you’ll want to tuck into the shelter of cranberry bushes or the leeward side of a hill to eat.

No human waste can be left on the island and that goes beyond candy wrappers. Tour companies set up temporary outhouses on the beach—think of a large plastic barrel surrounded by a tarp for privacy—so all human waste can be removed. You can’t be a princess here.

This Statue Has More Clothing Than You Do